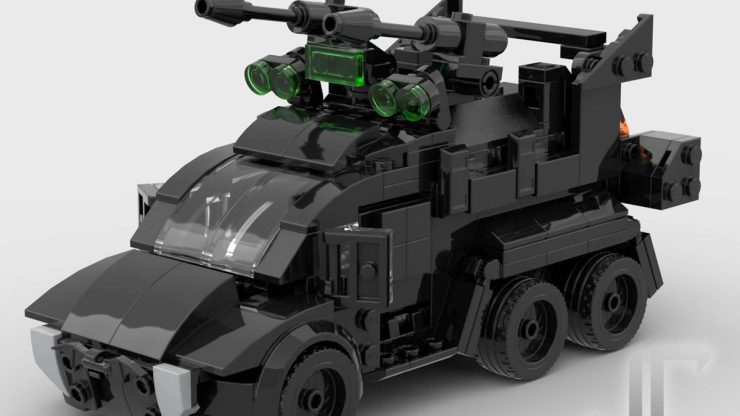 This is my Lego MOC of the Batmobile as seen in the graphic novel Batman/TMNT III (2019) written by James Tynion IV, art by Freddie E. Williams II (with Kevin Eastman) and coloring by Jeremy Colwell.

Since it is intended to be an 8-wide vehicle, it is smaller than it should be but it is minifigure-scale compatible. Obviously, I took some liberties. The windscreen can open to allow access. There is no grill and the bat symbol is different. The engine is not shown, I simply put something in as a placeholder. Also not shown is the rear of the van so I just made something up based on the little I can see. 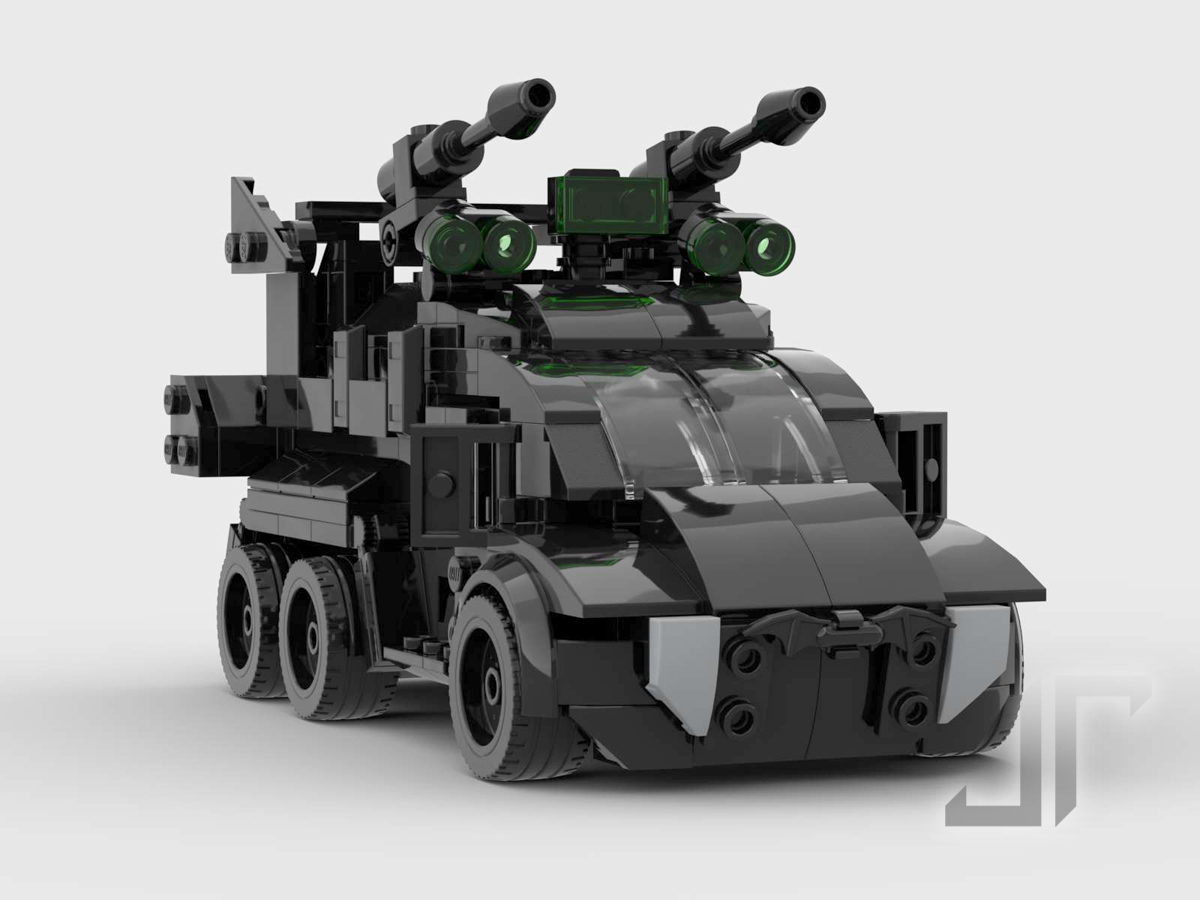 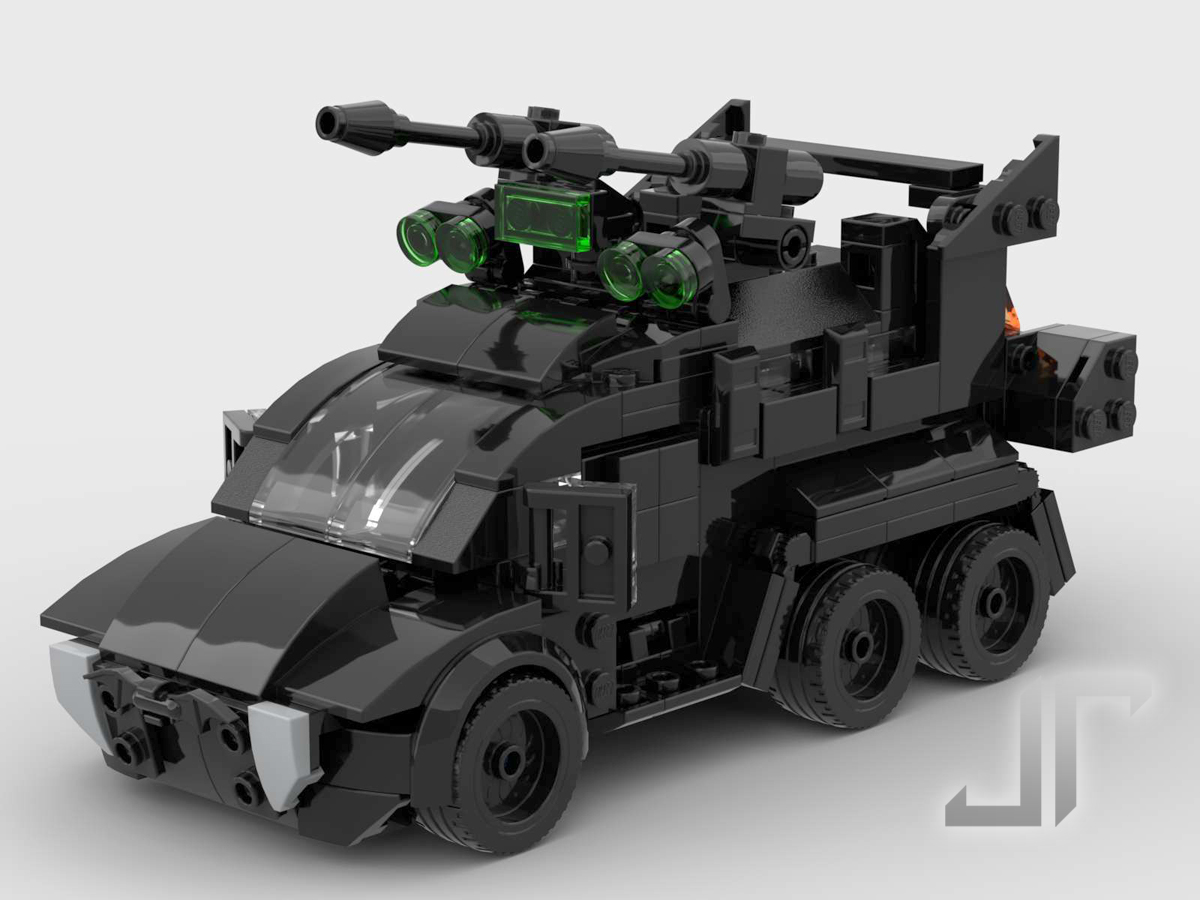 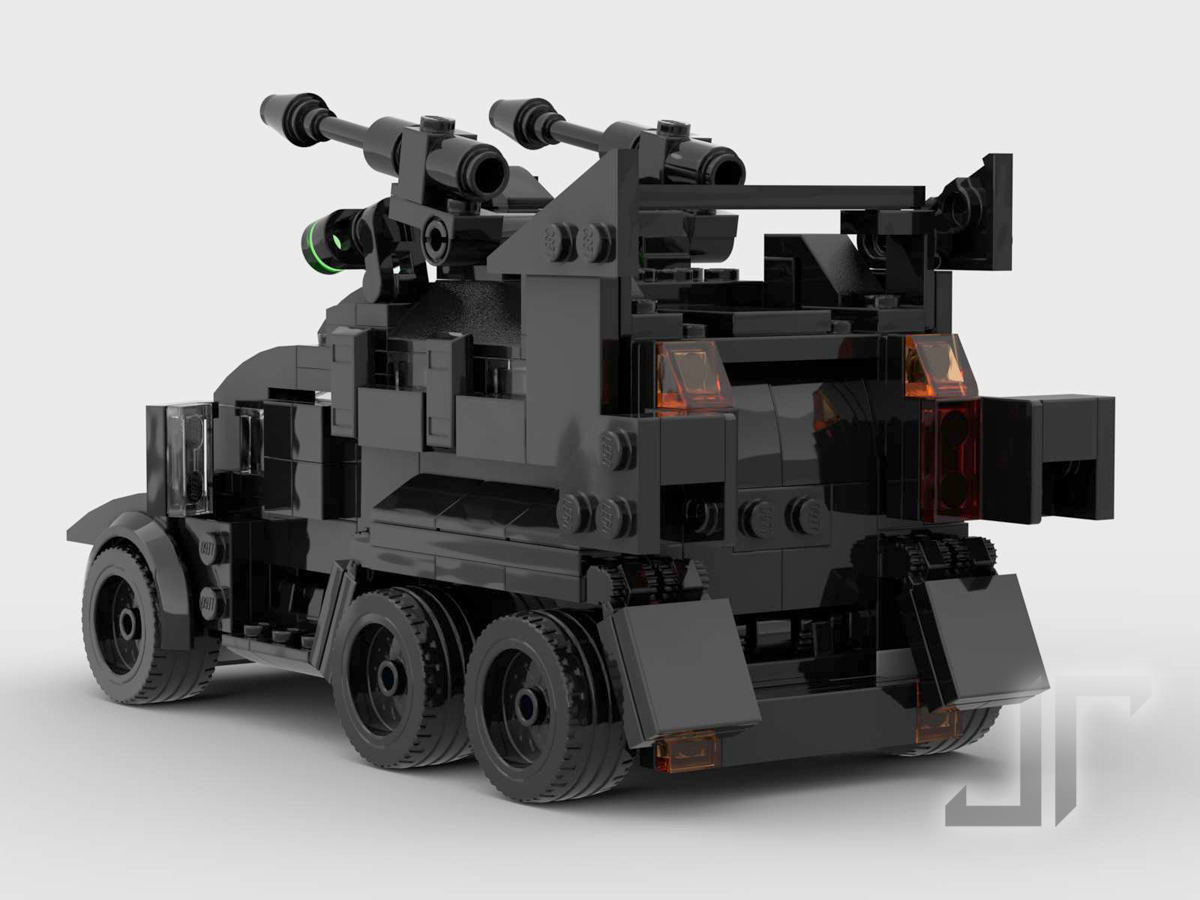 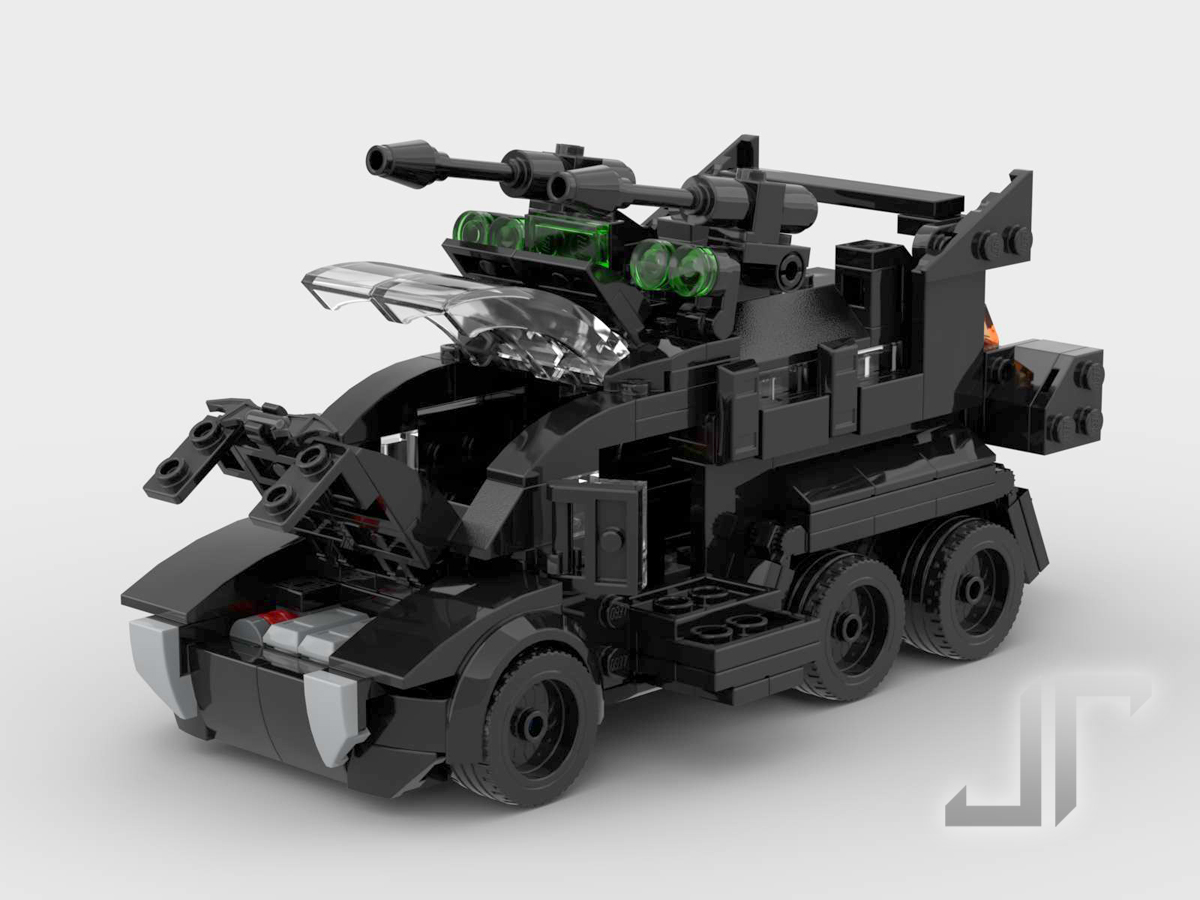