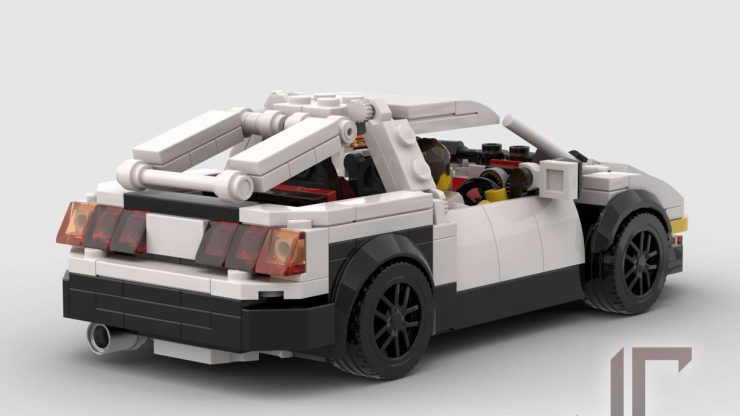 After having researched quite a few 8-wide car designs out there by various designers (too many to be named) and after some experimentation, below is my (prototype) design of Fujiwara Takumi’s AE86 as seen in the anime series Initial D.

The design is admittedly not the most faithful in its appearance. For example, the rear should be longer relative to the wheelbase. Nevertheless, I have attempted to include as much detail and functionality as possible. The doors, hood and hatch should be able to open. The headlights have limited movement. The front seats are adjustable and the rear seats can fold down for extra storage space. The rear can only sit one minifigure. The interior includes the dashboard, steering wheel, handbrake, cup and, of course, the container of tofu in the boot. 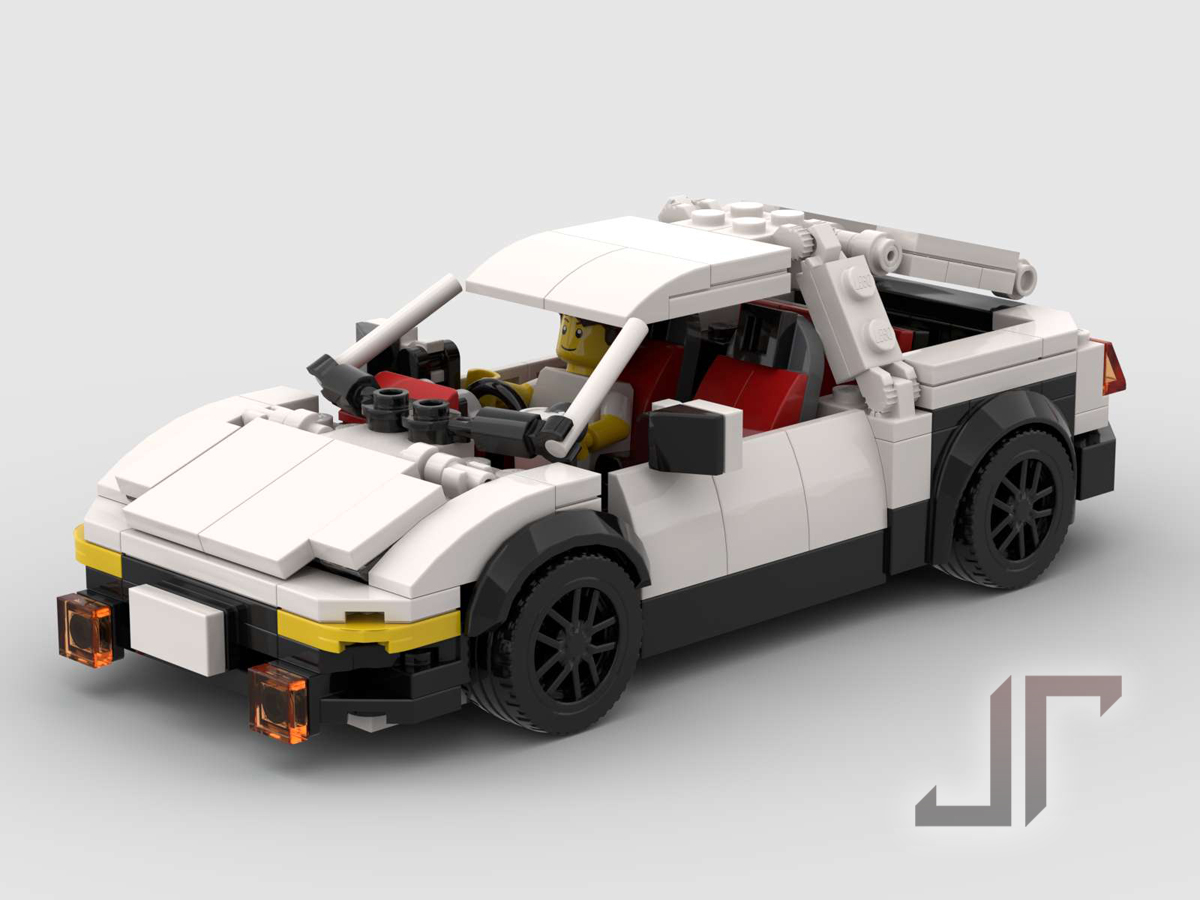 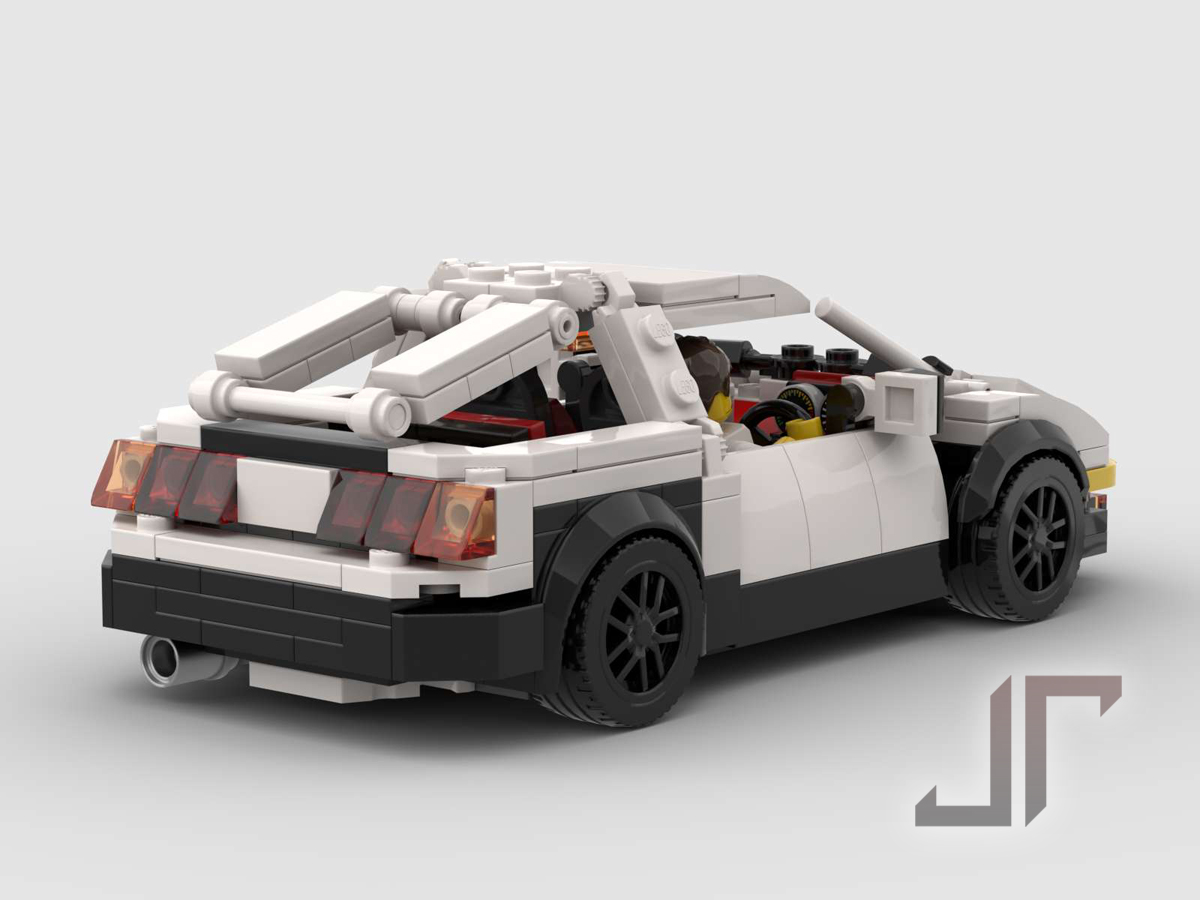 Although the interior reflects more the original state, the engine is loosely based on the so-called AE101 20v Silvertop due to space constraints. 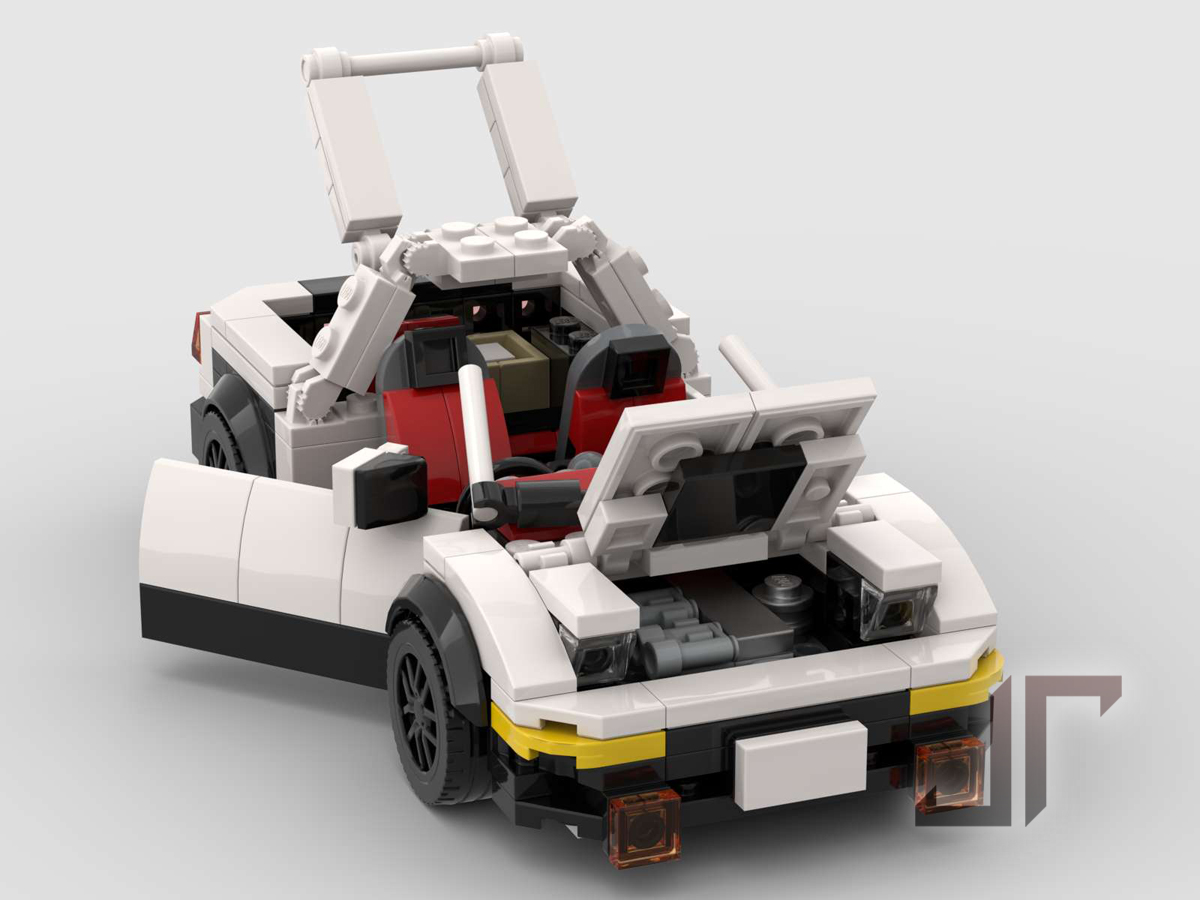 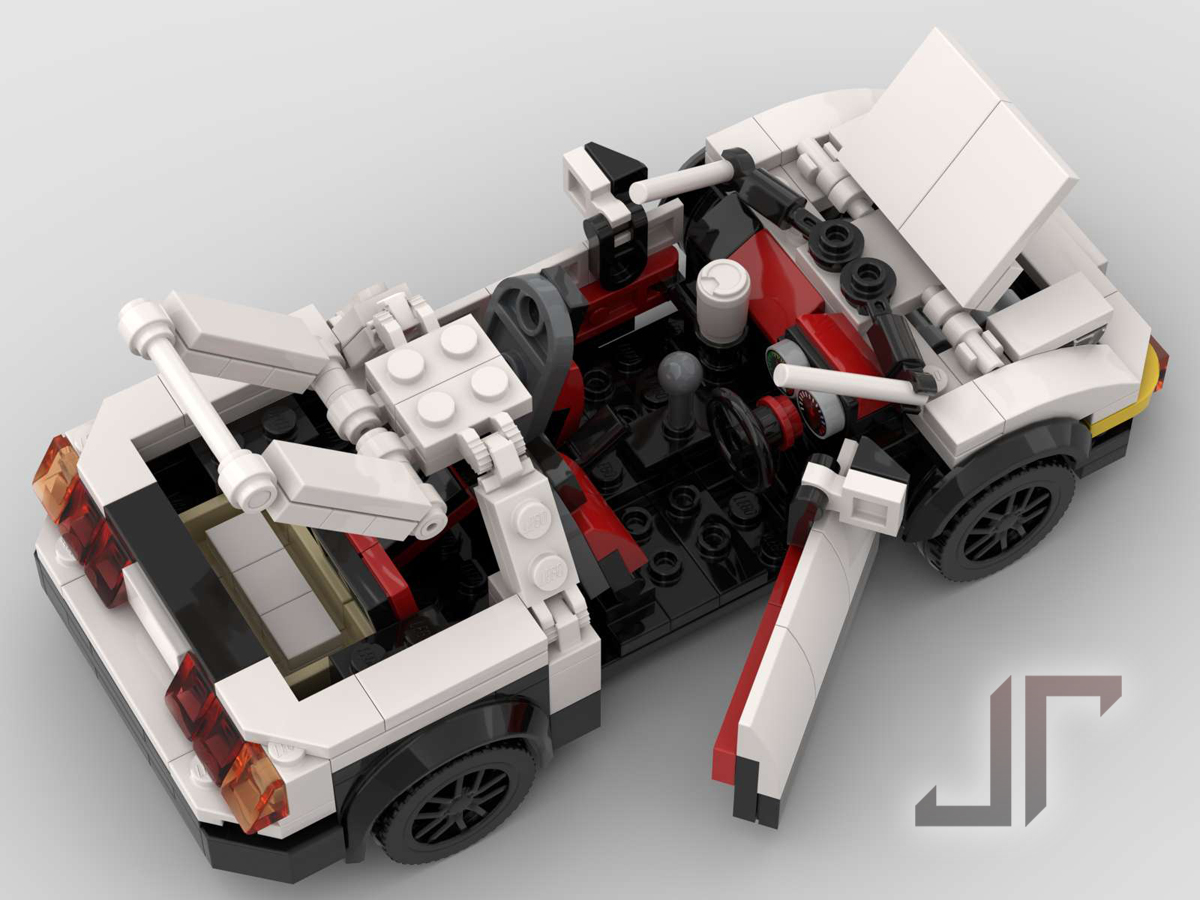