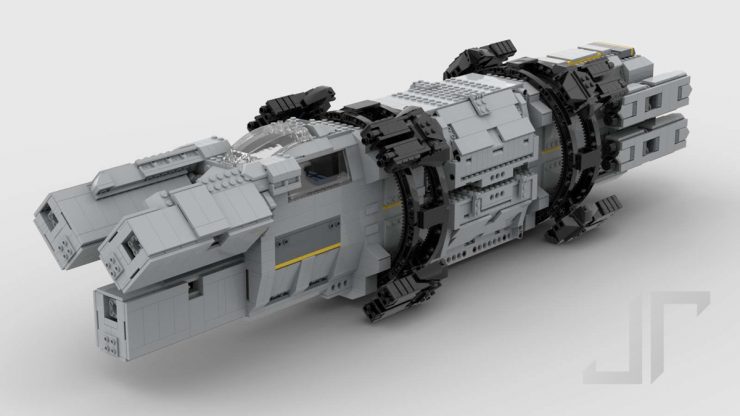 This is my prototype spaceship design of a destroyer. It is mostly inspired by the warships as seen in The Expanse with some influence from others including the Arcadia as seen in the anime film Harlock: Space Pirate (2013).

The design is minifigure-scale compatible and has access panels for playability (even if said panels are not meant to be doors). It also utilizes modular design so each section can be separated.

The bow section comprises of three torpedo launchers and a large torpedo bay. I have not designed the loading mechanisms although there is enough space to manually push the torpedoes into the launcher. Also present are two missile bays just below the bridge that is on the upper deck.

The crew quarters and infirmary are amidships.

The aft/engineering section includes the drive, one weapons bay, one drone bay and four engine nacelles.

As one can see, in between the sections are two sets of cannons on rotating geared rings. 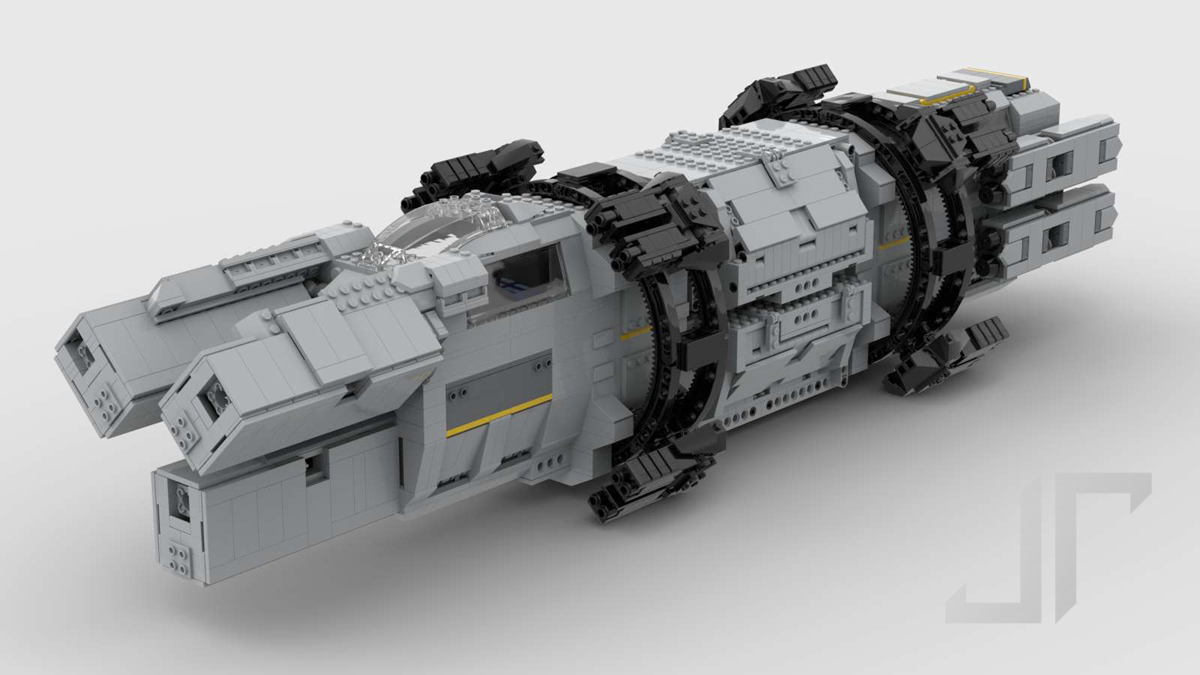 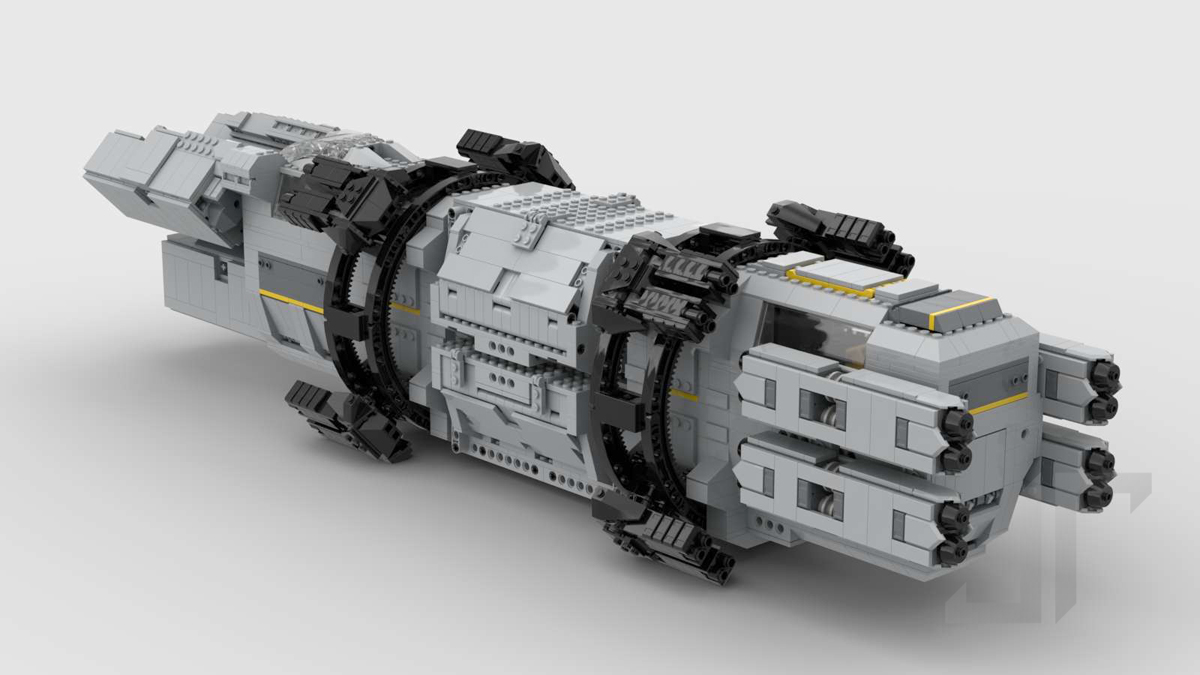 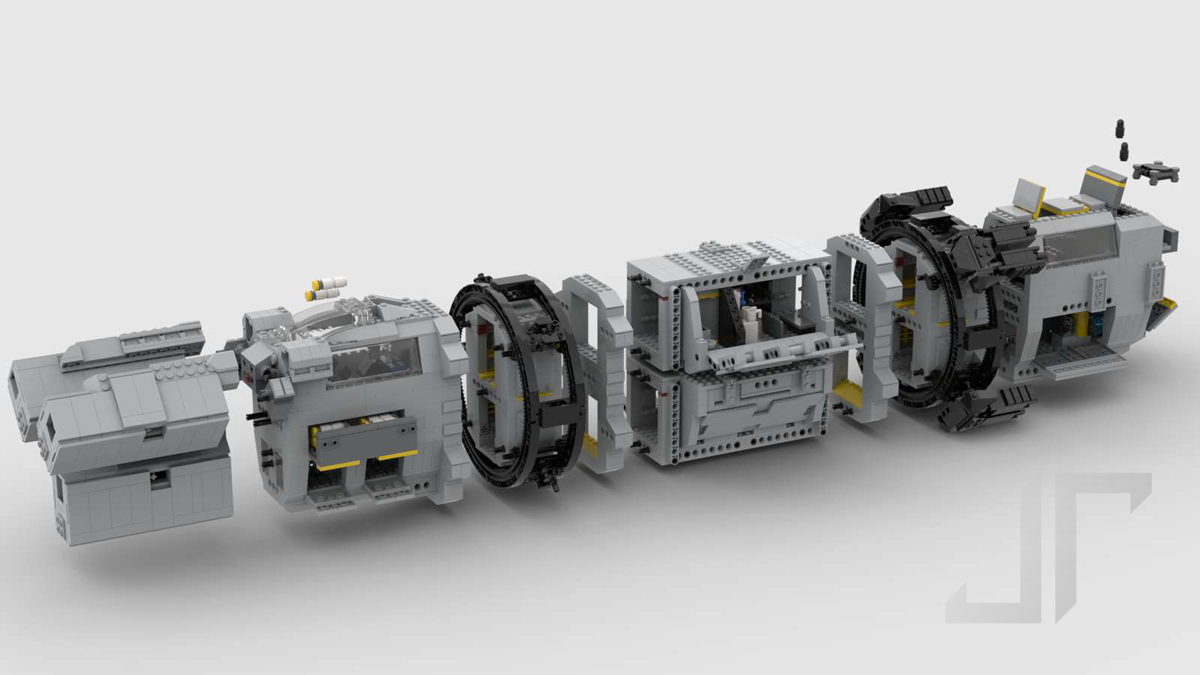 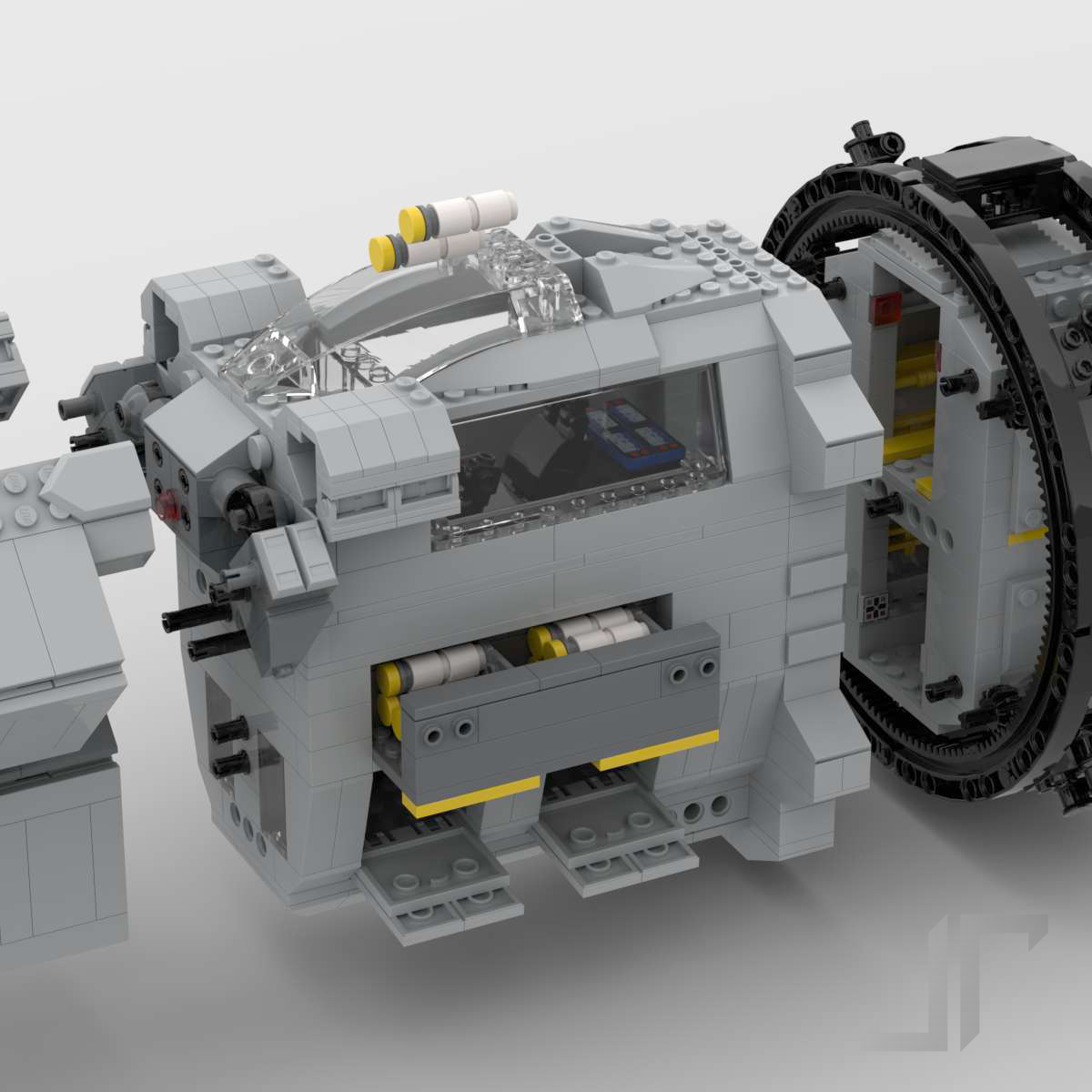 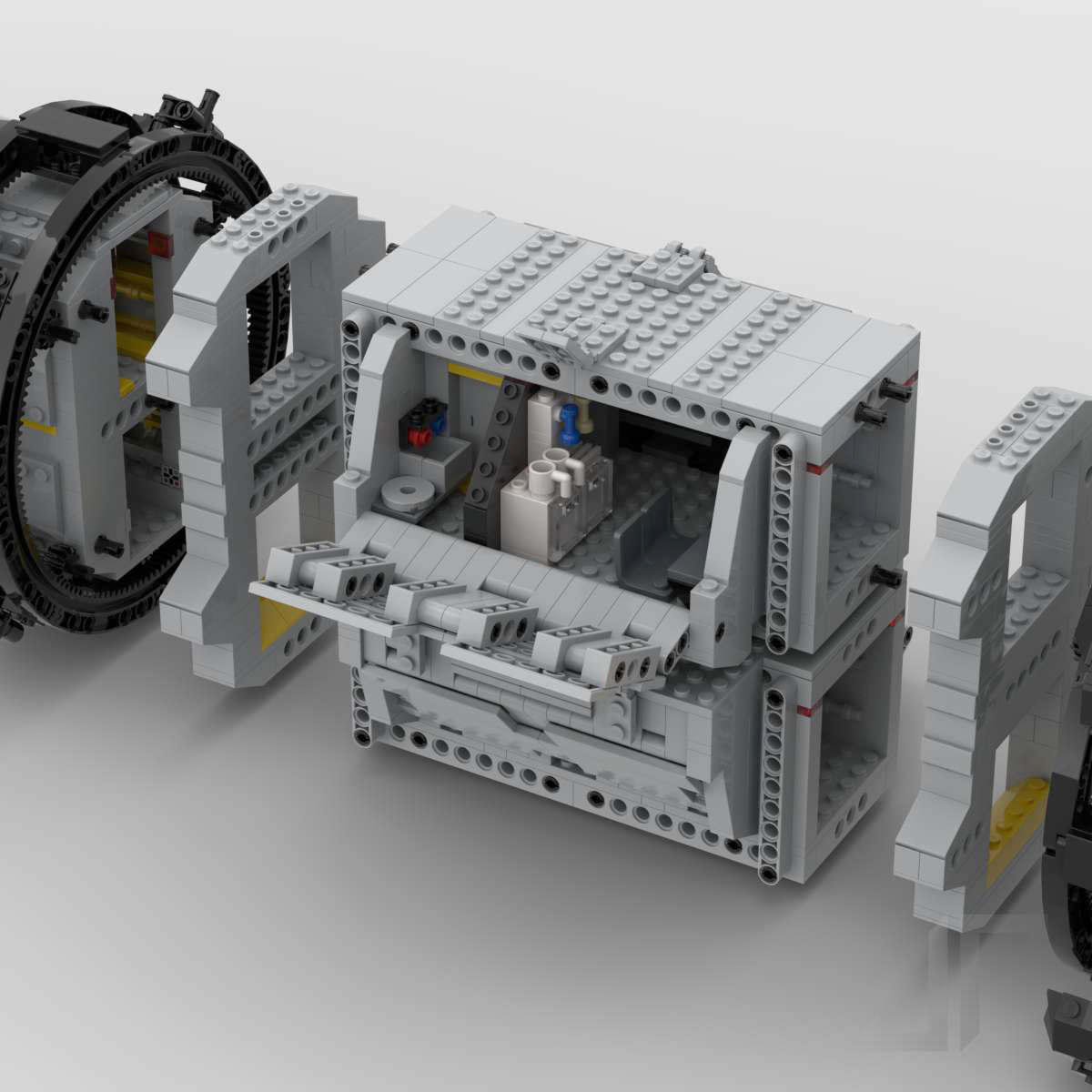 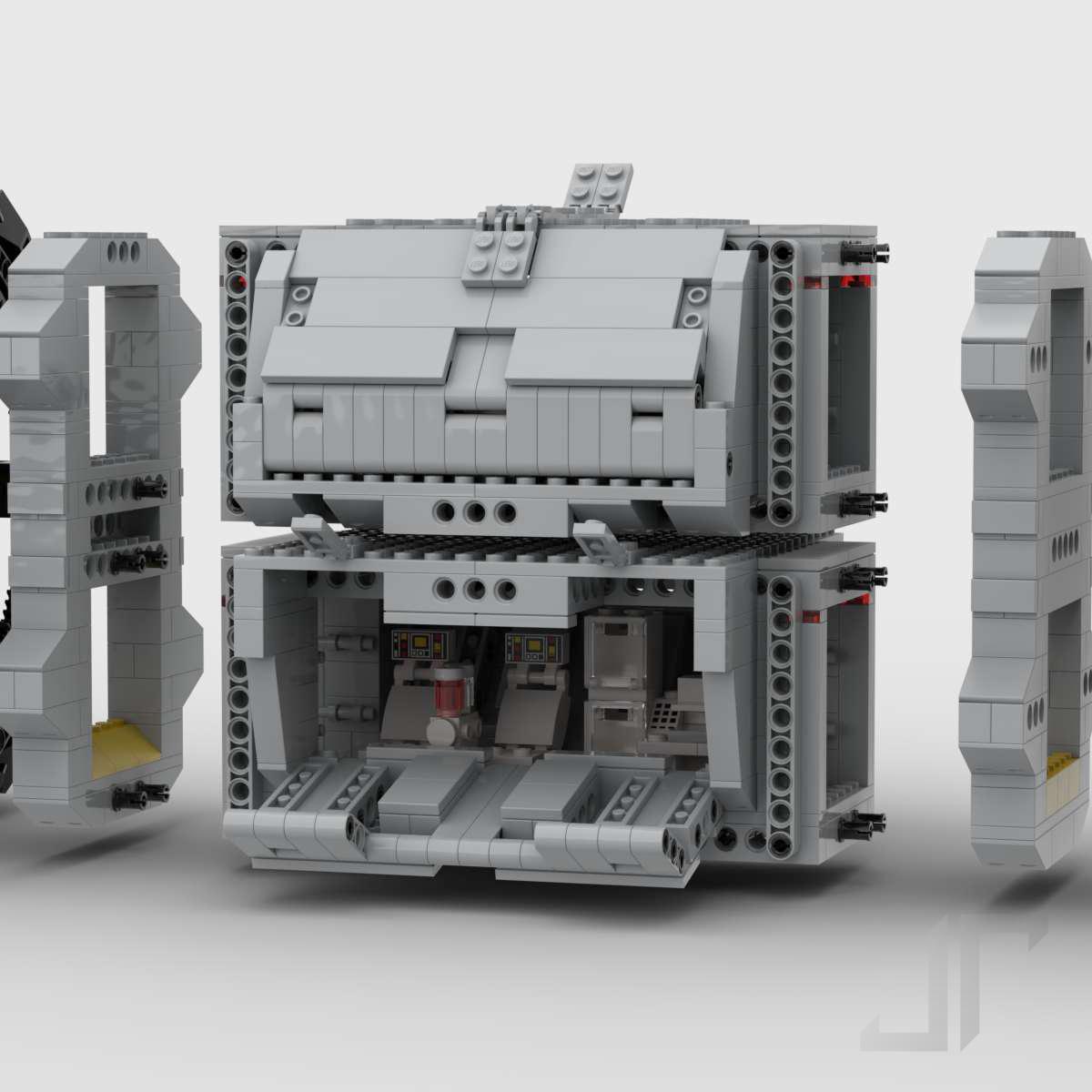 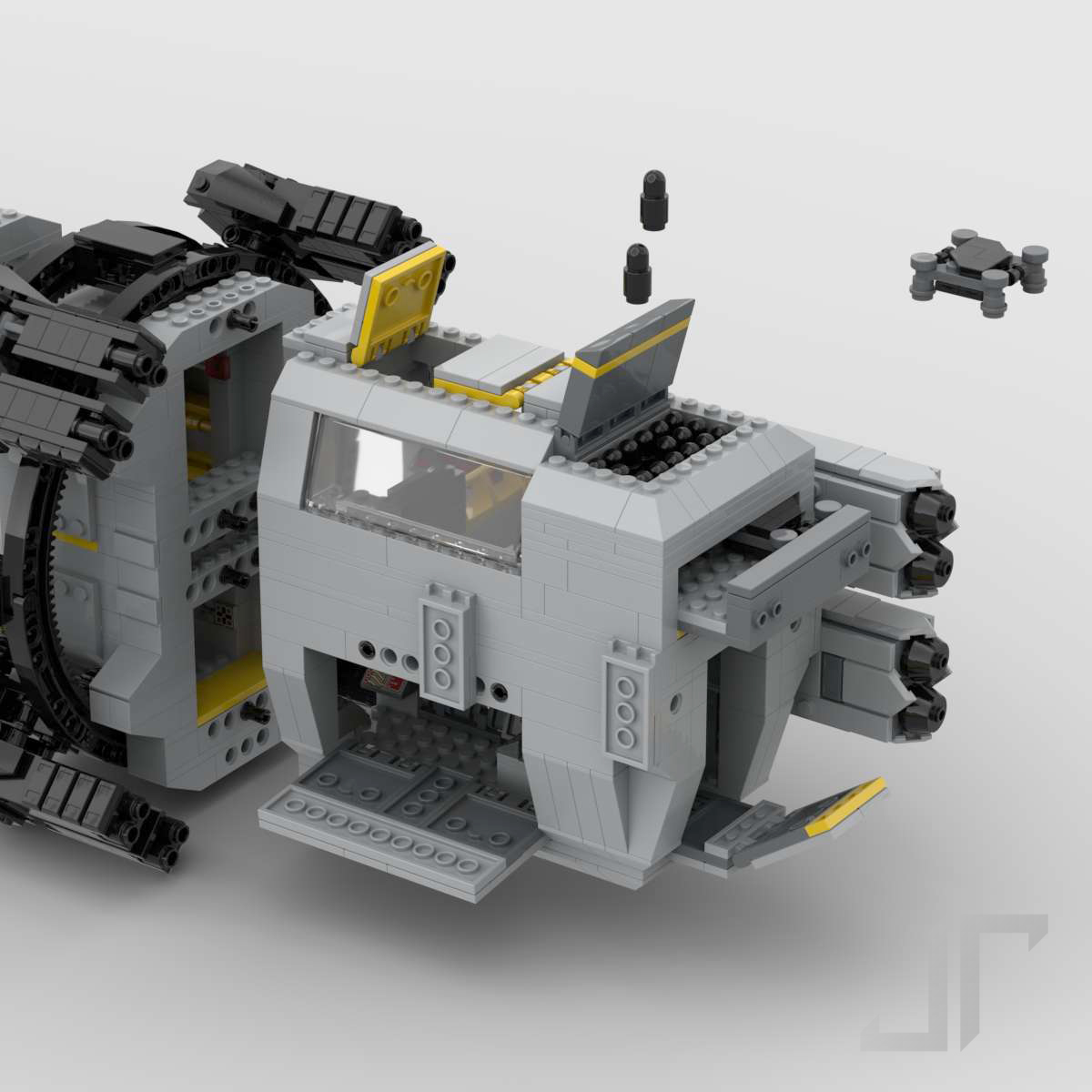