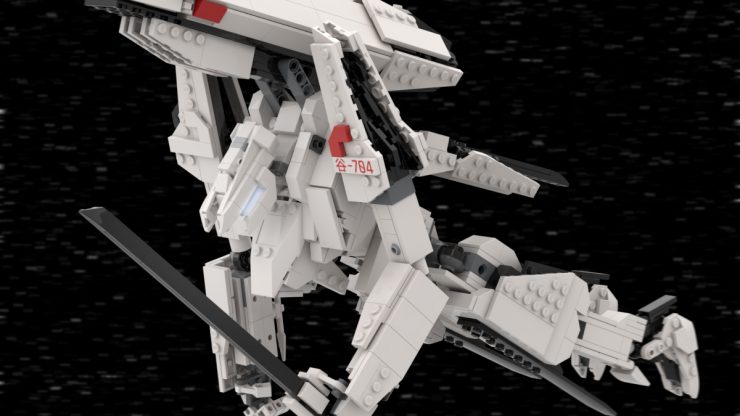 This is a design of the Tsugumori piloted by Tanikaze Nagate as seen in the manga series Knights of Sidonia (シドニアの騎士) by Nihei Tsutomu. Throughout the story, there are changes to the unit. I have used the manga and photos of toys (which vary) as references. 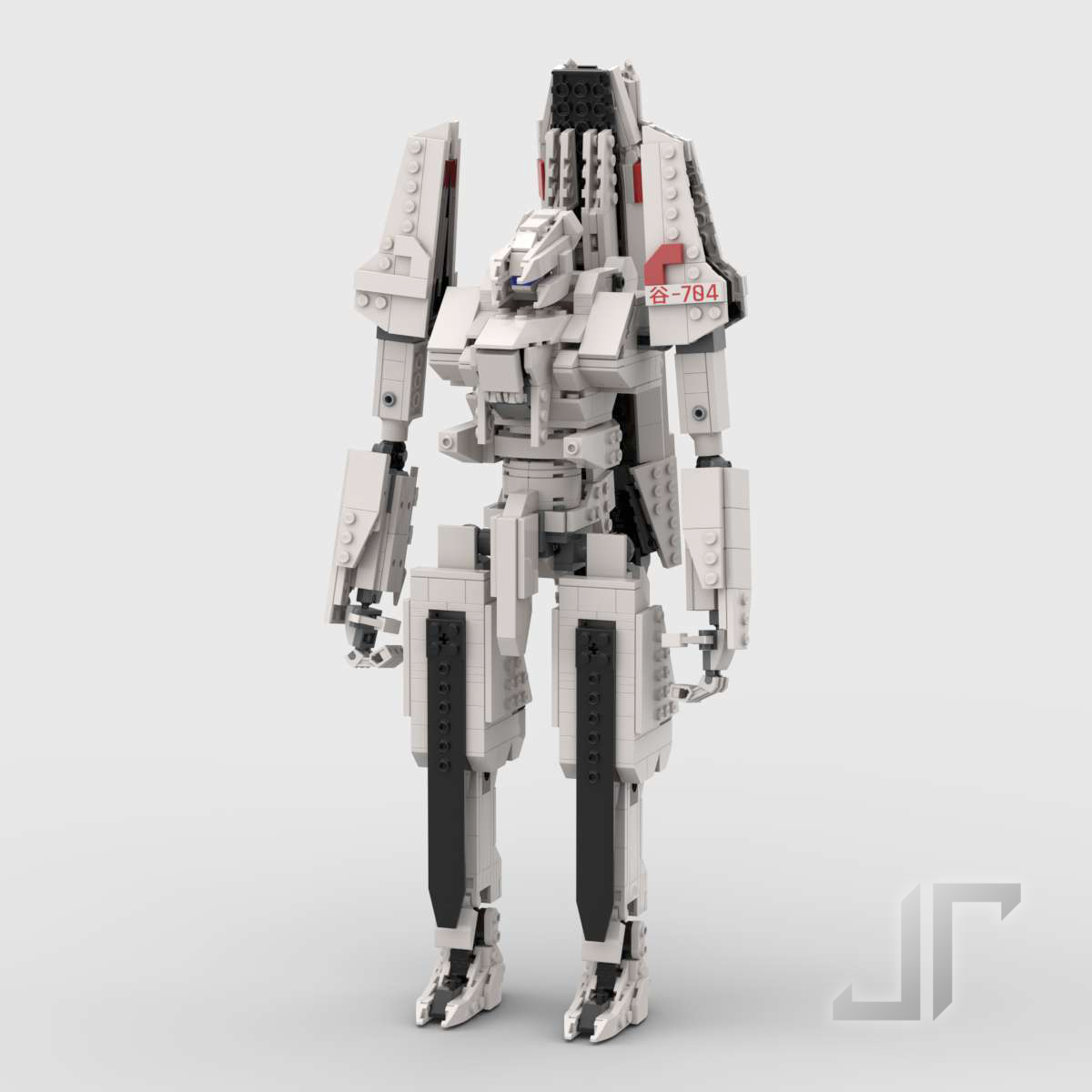 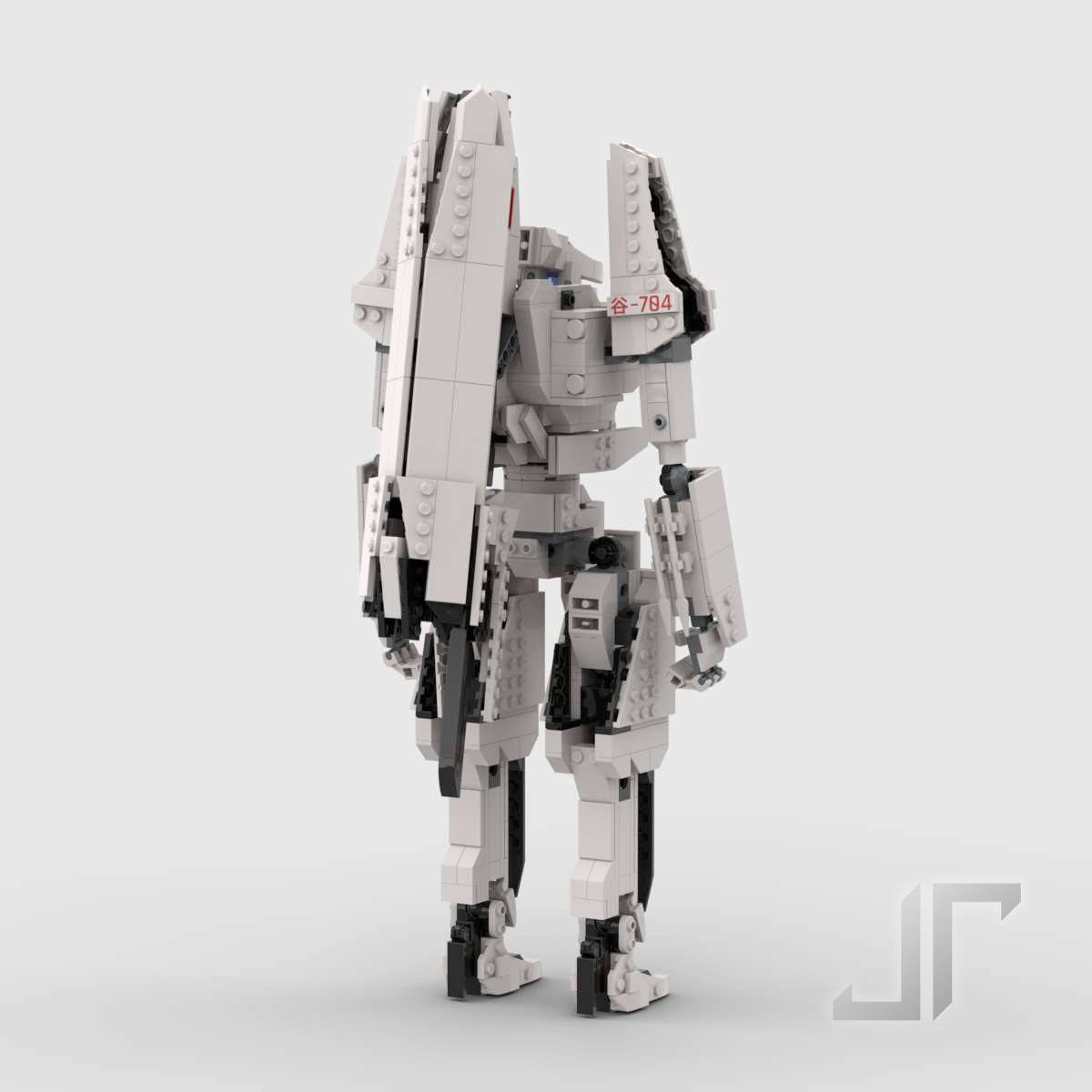 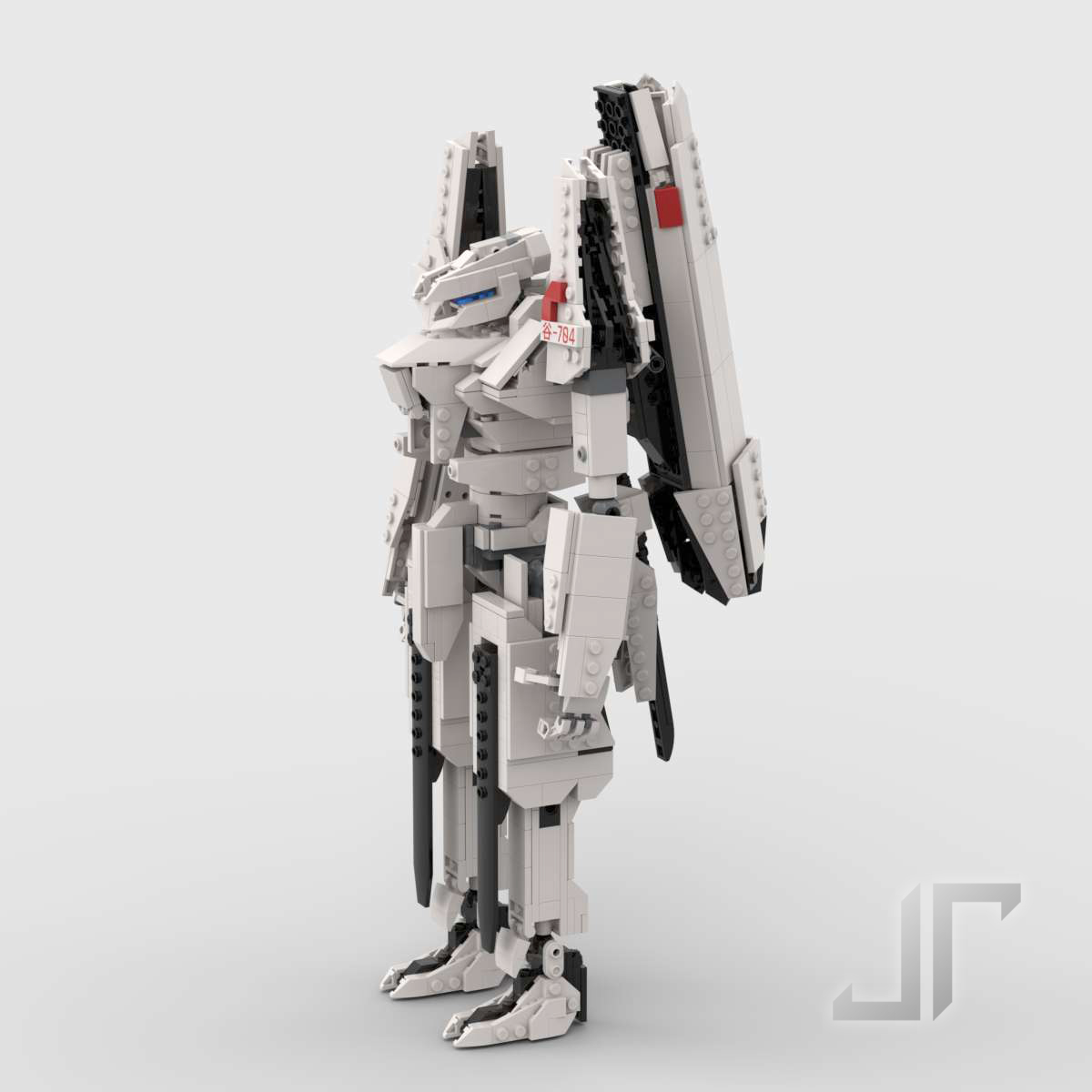 The cockpit does contain two joysticks and three custom tiles as computer screens. 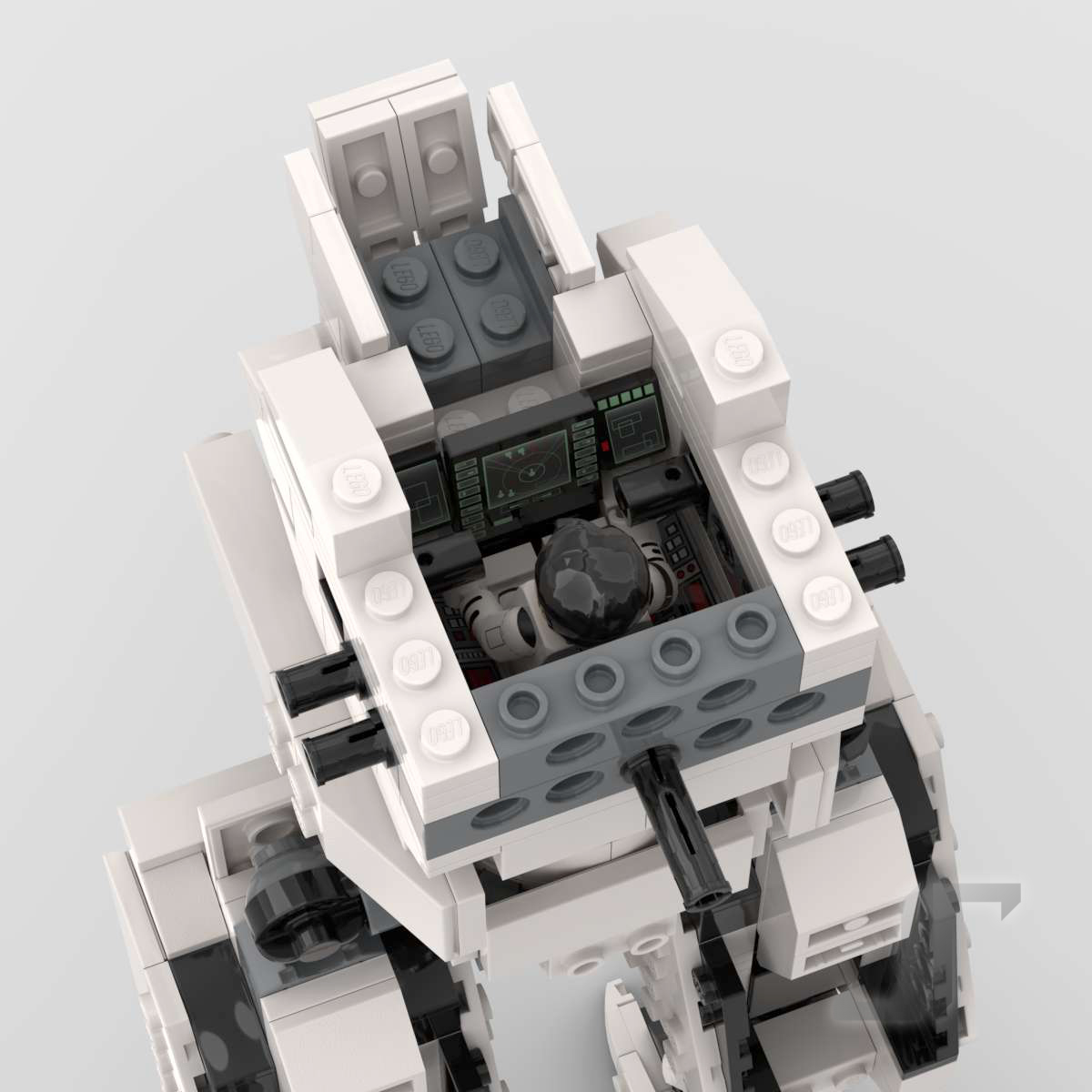 The cockpit hatch can open. In the manga, the cockpit “slides” open with a membrane, letting light in. Obviously, there is no membrane in a Lego design but it can slide open slightly. 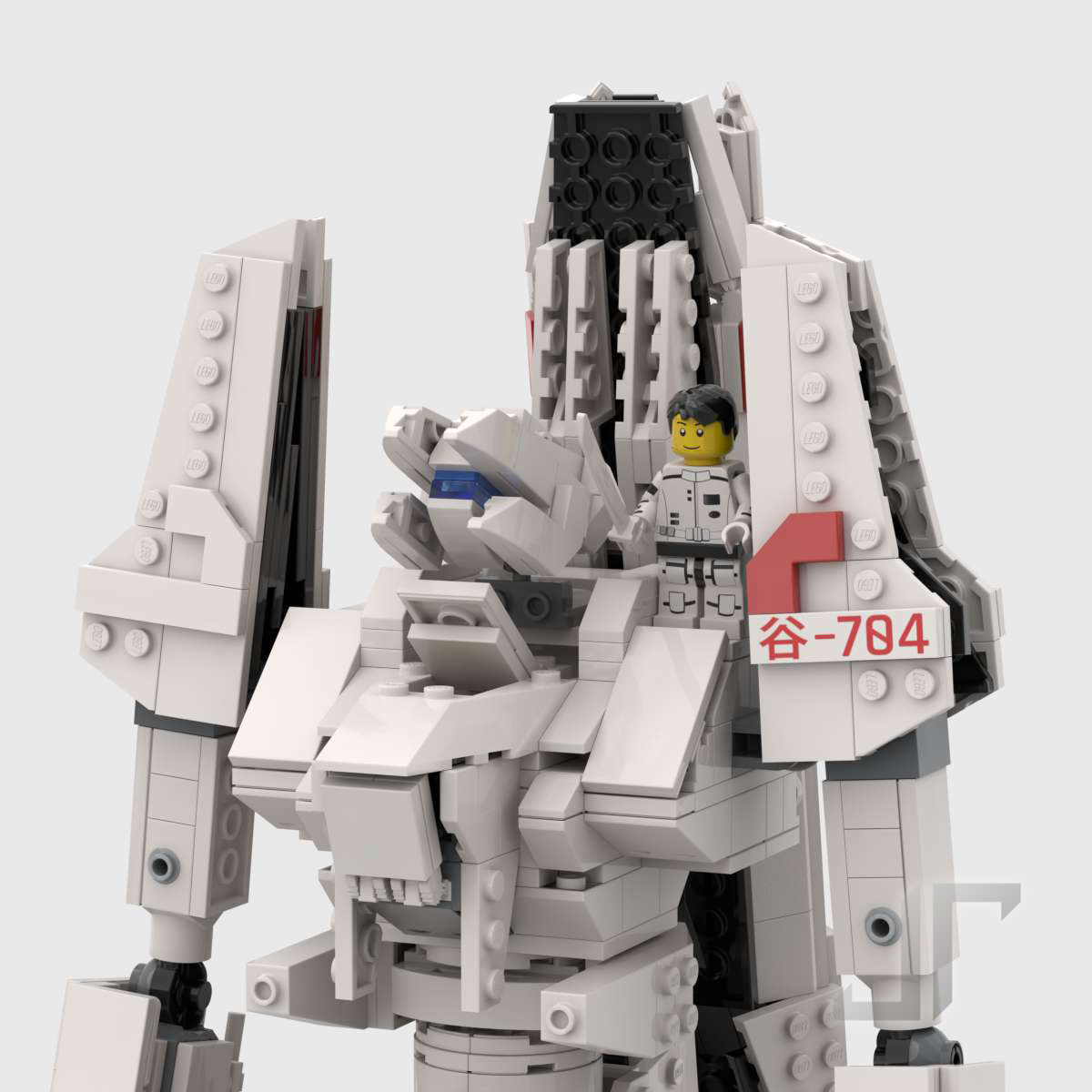 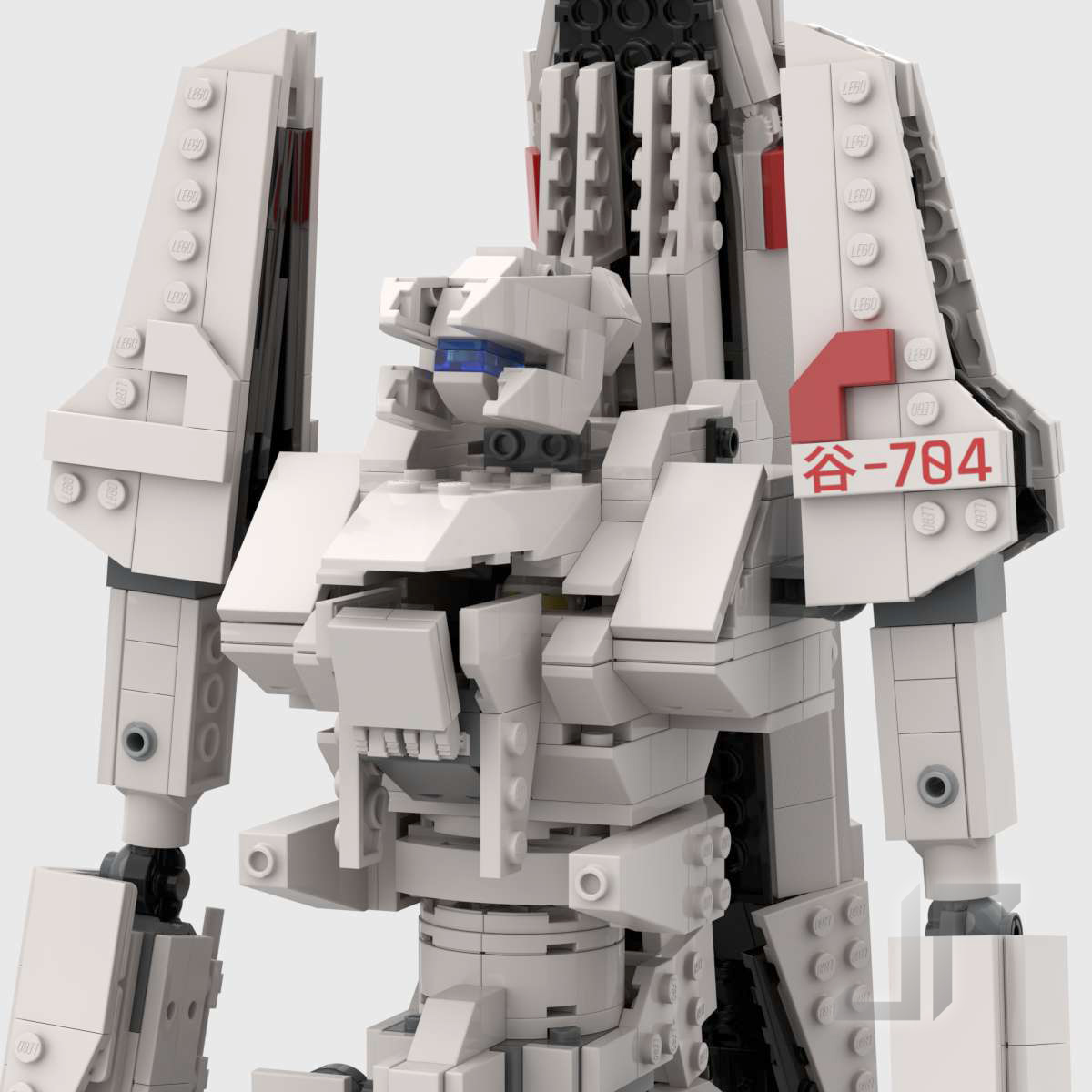 The railgun/rifle connects to the right arm, taking the place of the missiles/darts. 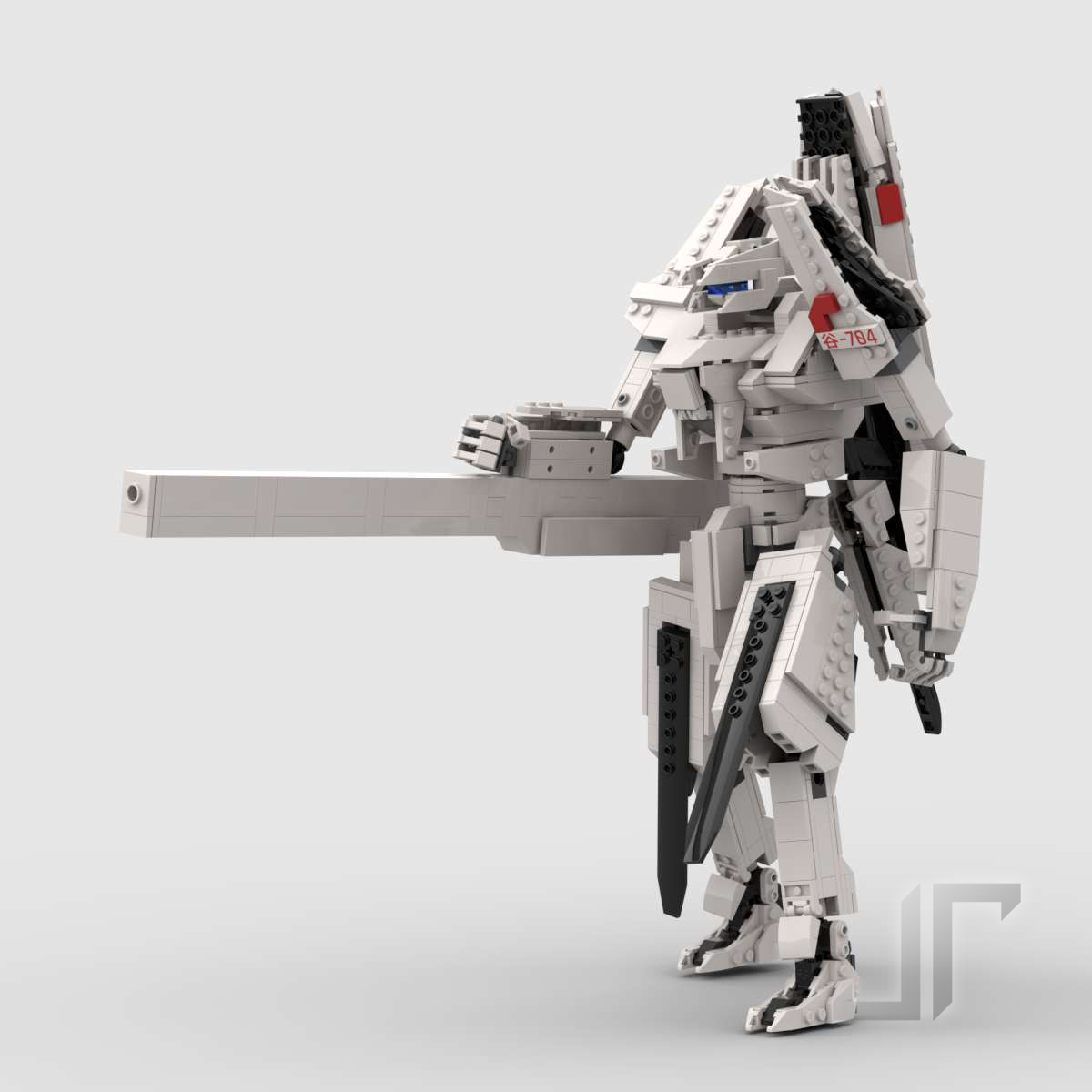 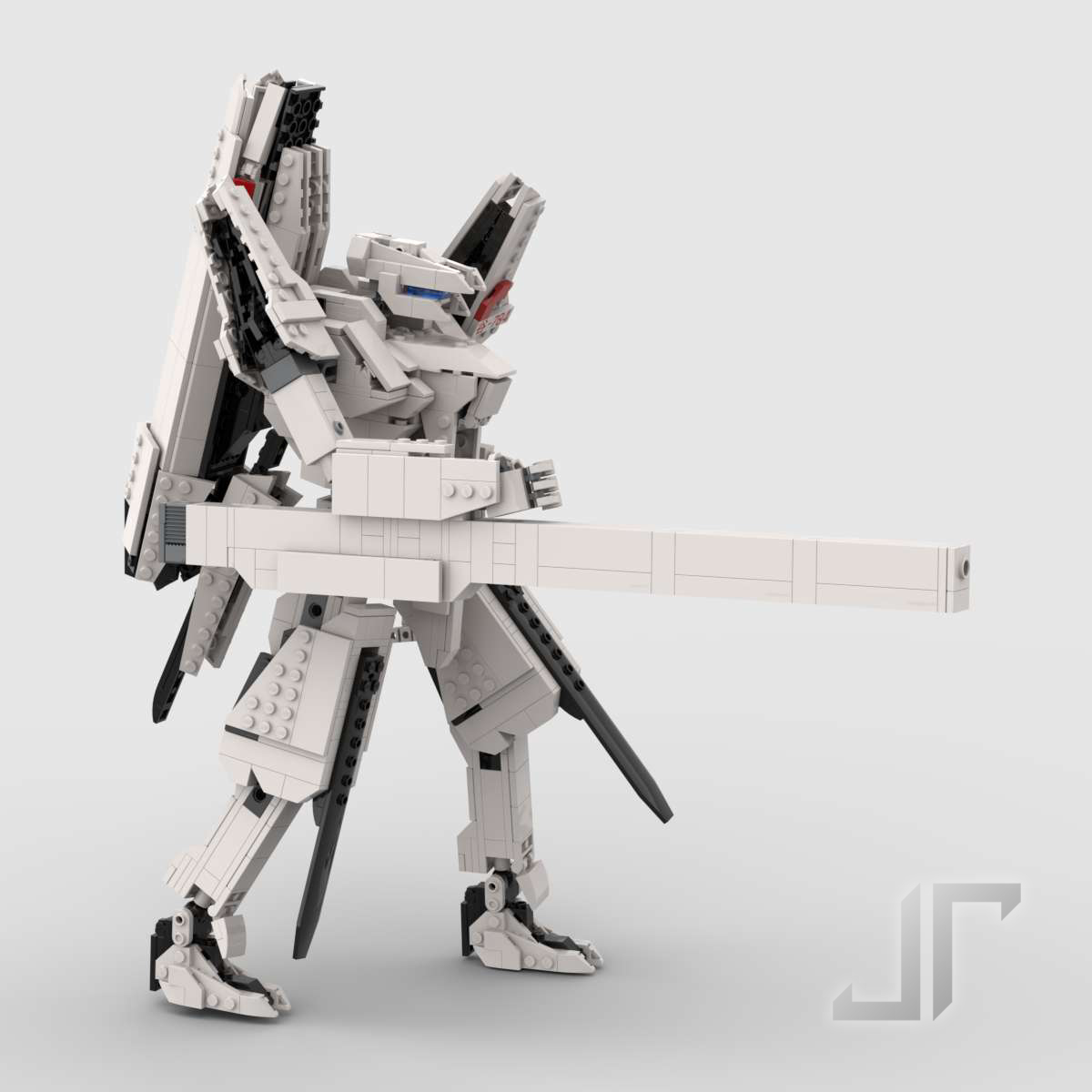 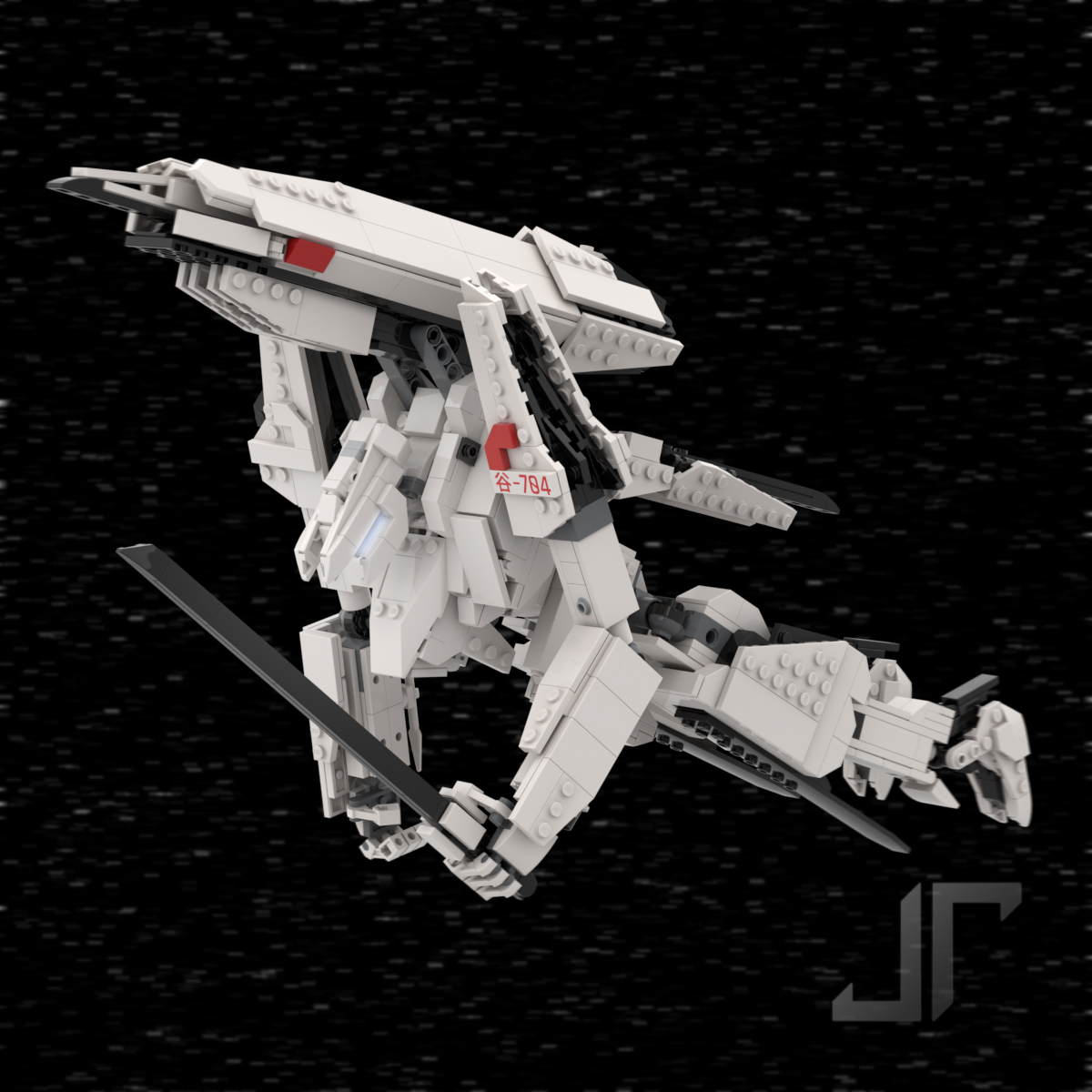 Death and a Salesman’s Cousin (screenplay)