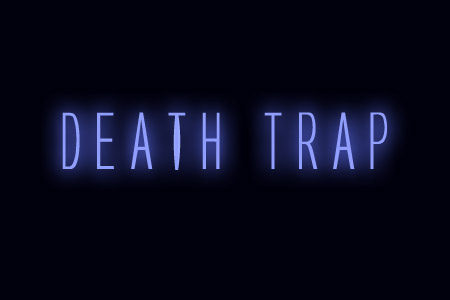 A signal chirped… then it repeated itself.

Glances were exchanged across the table, followed by the bowl of mashed potatoes. Paz shoved a spoonful of carrots into his mouth… then sighed. He turned and squinted at the screen: the words “Unidentified Automated Signal” were blinking with what appeared to be jumbled code flashing underneath. Then he returned to his meal and the faces of twelve downcast rangers.

“Lieutenant Paz, you answering that?” said the computer through the speakers. “Military Protocol Section 4, Paragraph 22 dictates that active personnel must investigate unidentified signals unless such action compromises the execution of—”

Sergeant Dwayne “Unstoppable Tight End” Mortimer scanned the men. “Sir, the words ‘death’ and ‘trap’ comes to mind but we couldn’t kill anyone in our last op. We could really use some action.”

“Is anything out there?” asked Corporal Trumna as she marched to the drink dispenser.

“I’ve already changed course and, given Sergeant Mortimer’s concern, updated all your wills,” said the computer. “I recommend you all go over it again before sending.”

Paz strode into the armory. “Good to go? Everything alright?”

Mortimer put down one assault rifle and picked up another. “Yes… and no. Nothing wrong with our weapons. I checked and rechecked when we got back and again now.”

Paz grabbed a weapon for himself and shrugged. “Well, the equipment didn’t exactly fail… just that no one died like we thought they should.”

There was a beep. “We are in GSO directly above the signal source on MU-45,” said the computer. “Preliminary scans indicate an operationally safe atmosphere. Dropship prep is complete. C’mon, chop-chop.”

“Operationally safe atmosphere my butt,” muttered Paz in his seat. The dropship quaked. The winds outside raged and it was conveniently dark. Apart from the flashes of lightning. Someone hurled their dinner against a window. Paz knitted his brow. So not cleaning that up.

“Sir, there’s a… a structure,” said Trumna in the pilot’s seat. Mortimer was standing next to her.

Paz unbuckled his harness and staggered towards the front. On screen, the structure was basically a bunker with merely one level aboveground. Through the windshield, thunder and rain, he could vaguely make out its outline.

“I have no records of any sanctioned operations on this planet,” said the computer. “The signal source is located in sub-level four and I cannot decipher its nature.”

“Thanks,” grunted Paz, “how pleasantly ominous and—”

“Damn this storm… we’re going down,” Trumna called out, pulling the joystick. “Hold on, we can still make it to the landing pad.”

Steam rose from the mangled airframe, the rain having mostly extinguished the fire. Paz scanned: twelve of them including himself. Trumna was missing. He remembered the dropship cabin collapsing somewhat dramatically. Not sure how he survived that. Trumna obviously didn’t. Either way, the computer needed to send down a dropship later.

Paz forced himself up. “You’re all still wishing for action?!”

At least the crash had somehow busted the door wide open. Then something creaked. Everyone turned to see the wreck budge and raised their weapons… then Trumna popped out, covered with oil and soot.

“Sorry ’bout that,” she said as she adjusted her helmet and brushed off some glass granules.

Paz squinted. No time for celebrations or questions. “Let’s move it!”

The corridors were dark, of course. And the air was stale too. Paz saw no signs of struggle or any disturbance apart from the lack of main power.

The squad made their way down… their boots clanking on the grilled floors.

“Might as well encounter some parasitic monster while we’re at it,” whispered Mortimer.

Light rippled across the walls at the T-junction ahead. Paz made some fancy hand signals and the squad moved up. When they rounded the corner and turned left, they all gawked. The floor was littered with bodies in white coats. At the center of the room was a large glowing ball, the periphery rippling and pulsing steadily.

“I don’t think that’s a parasitic monster,” uttered Trumna as she checked a terminal. “Although there could be one inside assuming it’s an energy barrier.”

Paz looked around. The bodies all seemed intact. No blood, no signs of trauma.

“Maybe the signal is a secret distress code,” said Mortimer. “This is obviously some secret facility.”

The energy field warped momentarily, now pulsing erratically. Trumna pointed to a graph, the line flickering. “I recommend shutting it down.”

Paz nodded. The squad aimed their assault rifles as Trumna hit a few keys. The field flashed off… revealing a black lanky form with a—

The squad inched back when the tall figure glided toward them. Then Paz realized that it was actually a humanoid form donning a black hooded robe and in its calciferous grip was a gleaming scythe.

“Heeeello!” it boomed. “Thanks for releasing me. These bastards here tried to trap me, probably wanted to be immortal. Well, they partly succeeded but not before I organized their exit interviews and sent out a distress call.”

“I messed that part up, did I? Sorry.” Then it shrugged. “Anyway, as a reward, I can give you all a painless death if you want but decide quickly. I haven’t worked for a week, must be so many who need taking.”

Paz opened his mouth but closed it without saying a word and turned to go.

“Err… we have work too,” answered Mortimer with a reluctant smile, looking up at the towering figure.

“You’re gonna kill people, right? May I come along?”

“Death Trap” was the winner of September/October 2015 Flash Fiction Contest at Aphelion.