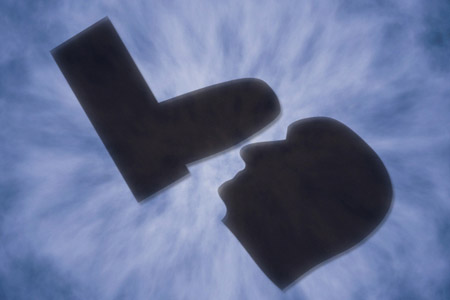 The cute blond chick was walking alone. It was only six o’clock but it was dark enough. Brad stalked her, although not too closely. She turned left at the next street, glanced behind her and saw him but it didn’t matter.

When the blond rushed toward the phone booth just up ahead, Brad ran too. And as she rummaged through her handbag, he forced the door open and stepped inside with a grin.

He naturally followed the blond hair as it slipped off and hit the ground.

The brunette winked. “Hello there.”

A seventeen-hit combo followed and the phone booth almost toppled over.

“That partly worked off the thin-based marinara I just had. Thanks for that.” Prudence was grateful she studied Wing Chun… quite effective in tight spaces.

She held Brad up by the throat. “Now, tell me who else stole the money or I’ll rip your jaw off.”

Prudence was browsing through Chapter Seven. The teacher was late as usual.

“Prudence, what do ya think?”

She rolled her eyes, then continued reading. “Meh, like you said, he’s a bully anyway.”

Well, that ended that conversation.

“So, Prudence, comin’ to The Tavern after school?

“Nope, gotta get my driver’s licence.”

The After Skool Meal which comprised of a hot dog, fries, onion rings and a milkshake was The Tavern’s saving grace. Prudence admitted she could use a hot dog but she was a good girl and had other things to do.

She changed into the uniform of another local high school which she obtained from an acquaintance, unrolled the stocking over her head and put on her brother’s hockey helmet. The backdoor was locked but not to her kick. To her surprise, nobody greeted her. She briskly walked upstairs and into what she thought might be a bedroom.

Two boys, Dan and Jamie, were seated inside. The former was examining a new game called Mafia Manager 2 while the latter was looking at a DVD titled Sins of Brazil #26. They started at the sight of a female figure in school uniform with stocking over her face and a helmet on her head.

“Where’s the money?” Prudence asked in a Batman-esque grunt.

Jamie stuttered, “Don’t know what you’re talking about and—”

“But I do.” Smack. “Where’s the money? Or I’m gonna stick your textbook where it fits. Or doesn’t.”

Five minutes and thirty-four seconds later, Prudence skipped out of the house with two grand in cash.

Prudence respected and liked Father Peter Daly. He was one of those priests who actually studied theology, still believed in God and wasn’t a closet socialist.

“…not achieving everything perfectly is not necessarily a sin,” reassured Father Peter. “Of course, one should always aim for perfection. You remember why the Ten Commandments are in that order?”

“Get the first things right and maybe the other things will follow,” replied Prudence.

“Good. Now, is there anything else?”

Prudence thrashed out a brown paper bag. “It’s the money that was stolen two weeks ago.”

“How did you obtain this, my child? If you—”

“I didn’t steal it, Father. It came from the people who stole it. And given the Seal of Confession, this didn’t—”

“I understand,” Father Peter chuckled but then regained his composure. “I hope for your sake, for your loved ones’ sake and your name’s sake that you have exercised a certain degree of prudence. It would be ironic if you didn’t.”

There was a pause as Prudence thought about what to say next. She saw the padre raise an eyebrow through the grill.

“Anything else, my child?

“I heard that the church car park is occasionally used by Mister Everton’s associates for his… business transactions.”

“I have, at times, noticed certain vehicles which don’t belong to any parishioners here late at night. I do not know who they belong to.”

“Father, any chance you can leave the side-door unlocked this Thursday night?”

The priest hesitated but his eyes glimmered. “If I remember to.”

Prudence was never stupid enough to want to ride a motorcycle on the roads but, given that she and her siblings rode dirt bikes at their grandparents’ farm, her dad bought her a Kevlar motorcycle suit, a full-face helmet and other protective accessories. And she thanked the Lord that all came in matte black and couldn’t have been any blacker.

It took her awhile to design a symbol that didn’t resemble a bat or robin or crow or any bird. She opted against equines to avoid confusion with fast cars and there wasn’t a chance she would use a feline. In the end, she decided on the elegant symbol of a boot in contact with someone’s head. It didn’t take long to cut the plastic sheet and it fused onto her brother’s old hockey armor (also in black) the first time. She slid that on top of her suit.

A sedan pulled into the car park. Prudence checked her watch: 21:55. Three men disembarked. She had at least a few minutes before the other party was due to arrive. She smiled and donned her helmet.

From the trees, she snuck up to the lone man who was busy at the trunk while the other two lit their cigarettes some paces away. The former turned at the sound of an extendable baton being deployed and didn’t hear another thing for a few hours.

Prudence was impressed with the goodies within the compartment. She would have to transfer that stuff quickly to her own car afterwards. She took a handgun and rapped a dirty rag around the muzzle.

“Hey Dave,” one of the men said softly.

Prudence stepped out from behind the opened trunk. “Dave is taking a nap. Oh, and neither Dan nor Jamie can make it tonight. They sounded really sorry.”

Both men went for their weapons but didn’t quite manage.

Prudence hauled sleeping Dave and the two bodies into their car. It was hard work for a girl her size. She barely had a chance to catch her breath behind the large bush right next to the church when another sedan arrived. Another three men disembarked.

She double-tapped one guy as the other two returned fire. Prudence rushed to the side-door and squeezed off a few which spurred the two men to fire a few more rounds. She ran inside, down the aisle and up the steps of the belltower. More shots ricocheted off the stairs and rails.

Prudence emerged onto the ridge of the pitched roof. A few more bullets narrowly missed her as she neared the edge. She turned. Both men had their pistols aimed at her.

“Do you know who we work for?” one of them said.

“Do you know how to count?” Prudence grunted.

Prudence shot one man in the shoulder. The other tried to reload but stopped as he realized it was too late. He dropped the gun. Prudence did the same but it wasn’t out of some misguided sense of heroism. She wanted to beat the crap out of him with her hands. And maybe the baton… close enough.

The man charged. She sidestepped and let out what her little cousin referred to as “Quarter-circle, quarter-circle, plus all three punch buttons.”

“Fuck you” was the answer.

She sighed, lowered the visor and turned to the wounded man. His eyes widened… then he raced through her demands word-for-word.

After the recital, Prudence peeked at the meaty splatter far below and felt like having a deep-dish pepperoni for supper.

“Prudence Demands…” was shortlisted for The Glass Refrigerator Award at Needle In The Hay, April 2013.

Till Death Do Us In (screenplay)