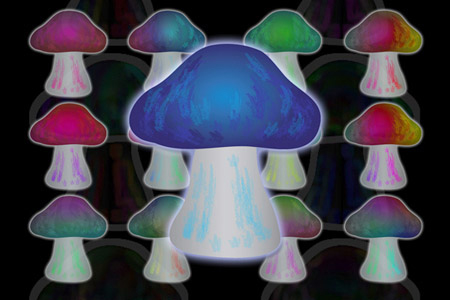 Your highness, would you know anything about the scroll? Mr Wizard of Weedsdale told me that it would help save the Empire from some… some prince of darkness with a pony tail. I’m just trying—

I can’t believe the blond princess just slapped me in the face. She actually slapped me. I didn’t deserve that, didn’t deserve it, no I did not. Oh well, I can only do my best, always do your best is what my mother taught me. And so I run, away from this crap-stained city. Gotta keep running running running, gotta get that scroll. Mr Wizard smoked a lot of weed, like seriously a farm-load of weed but he knows his stuff. Mostly about weed. And shrooms. Told me all the different types, different colours for different purposes. So I pick’em and bag’em. Yes sir, I’m doing as told, doing as told.

Stupid road. Ouch. Stupid banana peel. Stupid lizard selling insurance. Stupid little spiny creature sprinting pass, kicking up dirt and horse manure. Calm down. Must. Eat. Shrooms. Ah… much better, Mr Wizard was right, the aqua ones are calming. Oh look, another city, they must know something. Do you know anything about the scroll? Nope. Do you, sir? Ma’am? Drunk? Rich lecherous pig? What about the two women you’re with, one half your age and the other a midget? No thanks, don’t want your lollipop. I prefer my shrooms. Good sir, you look like a knight. May I request an audience with someone in the court? I do have a referral from Mr Wizard of Weedsdale.

I don’t understand why no one takes this seriously. Some unholy tool threatens our livelihood and justice and potatoes and weed and… and stuff and no one gives a flying seashell. It’s not like we all have unlimited lives. So tired, so very tired. Why hello, never seen this funky cerulean fungi before. Mmm… smooth. Just one more city, on top of that hill. Run run run. And how the hell did that insurance-selling lizard get here so fast? Never mind, up the hill, up up up up up. Oh look, a toad, a rat and a fox are gathered around something. It’s a caterpillar and they’re poking it. Why are you picking on this caterpillar? Cos it’s ugly. But they can turn into butterflies. What’re you, stoned? I am a bit but still… defend the defenceless, the fatherless and the widow, that’s what my mother taught me. I swallow a big red shroom, grab a rock and bring it down on the fox’s head. His head splits open, then he falls funny. Maybe the red ones are a bit too powerful. But still, it sends a message. I try to be a good boy, I try I try I try. Would you like a rock in your face?

The caterpillar says he wants to go to the city. I offer it my shrooms. The sky darkens and clicks and clacks and cracks. If we hurry, we can make it without getting too soaked. Say, do you know about a special save-the-world scroll? Yes. Where? Down that hill. Can you show me? I ate half of it, then smoked the rest. So I introduce him to my boot. I curse the world. Damn straight I do. Nothing worth saving, nothing except for home and weed. And steak. And potatoes. Yes, can’t forget potatoes. Hey, I’ve been having shrooms this whole time that I forgot I still have plenty of weed. Time to blaze home to mother.

“The Blazer” was shortlisted for The Farewell Hiroshi Award at Needle In The Hay, October 2013.

To Shoot/Not To Shoot: A Preliminary Study On Inter-Xeno Marketing