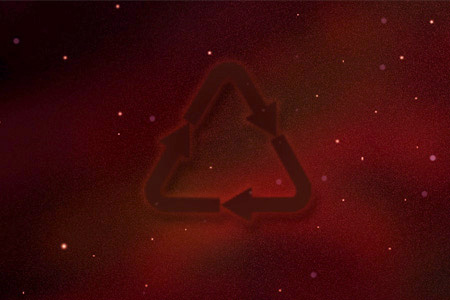 Michelle gulped at the charred pulverizer with its casing splayed open and the mangled mess in blue overalls ten feet away. It was the first time in her twenty-three years of life that she had seen someone almost drained of it.

She glanced out the window where asteroids, rusting vessels and other junk drifted. “Shouldn’t we… err… send him to the hospital? Isn’t there one right outside the perimeter?”

No one answered. Just wide eyes.

“Not taking him to Orion’s Mercy,” a voice boomed, “too many sociopaths and losers.”

All spun around to see a sixty-year-old hulk with a crewcut donning a black trench coat, flanked by younger muscle, and all shrunk back.

Jerry the Boss knitted his brow. “It’s not. Was referring to them orderlies and doctors.”

He squinted at his injured employee, then glowered at his busted machinery and huffed. “Get him to St Jude’s now. Any jars this time?”
Babyface Danny slowly put his hand up.

“Jars?” whispered Michelle to the one next to her.

Michelle placed a blackened control chip on the wide rosewood desk. Jerry grabbed the component, held it up and leaned back in his chair.

“Sir, it’s M-type but it’s supposed to be N-type for that particular pulveriser,” said Michelle.

As the boss inspected the chip, her eyes wandered around the office: photos of a young Jerry in an exo-suit; holo-captures of adolescents with one quaint lady prominently displayed, presumably his grandchildren; bottles of moonshine and two empty jars.

Jerry put the chip down, picked up a black marker and put a cross in today’s cell on his calendar. There were two red asterisks in the same cell.

“According to maintenance logs,” said Michelle, “it was changed last week, before I started, but…”

“…no name was entered,” mumbled Jerry as he poured moonshine into his tumbler.

The waft of engine cleaner opened Michelle’s sinuses. “Sir, I know I’m so new that Sheila hasn’t even put my name into payroll yet but I need to know what’s going on. I am the Process Engineer. How are jars connected to this… sabotage?”

Michelle pulled the joystick. The ship broke left around a rock and a derelict cruise liner. The blinking red dot continued streaking toward the green dot on the HUD. Damn pirate missile.

She stole a glance over her shoulder – “You okay back there?” – Babyface Danny clinging onto the cases of… stuff.

Her thumb brushed the selector, then hit the button right next to it. There was a clank as something was released but it didn’t buy them time.

Still, Orion’s Mercy was close. Michelle floored both thrust pedals and headed straight for the hangar, the missile still closing. She activated the transponder and hoped Jerry’s fabricated codes would pass.

Two streams of tracers blazed. The red dot disappeared. The defenses seemed a bit excessive compared to other deep-space hospitals, not that Michelle was ungrateful.

The medical transport gleamed. Michelle tried not to smile but she was proud of her work. Hard to believe that the thing was scheduled for recycling just yesterday.

As Babyface Danny rolled the cases down the ramp, Michelle noted the reinforced hangar doors… then smoothed her paramedic’s uniform and headed for the lobby with data-pad in hand.

At the entrance, green rays swept her head to toe. Orderlies glared at her but she kept her eyes forward and kept walking.

The corridors bustled and, like all caring environments, everyone ignored her. Having an ex-military boss obviously helped with resources, her outfit and key-card working so far. She turned right, marched toward Archives and entered.

Michelle gawked. Archives was certainly archives. Banks of files on the left and rows of organs on the right. In cryo-jars. She strode up to a terminal and plugged in the data-pad.

She smirked. Security did check her but found only her academic transcripts and pilot’s license.

Then she executed the hack and an encrypted transfer link. Records flashed onto the data-pad screen: personal files, financials, layouts… the sabotage and the heavy defenses now made more sense. Damn mob must have taken over the hospital recently. Jerry’s business was successful and the mob, who obviously also ran organ black markets, wanted their slice. No way Jerry would have agreed so—

Oh dear… a file of a familiar young lady. Michelle had assumed the jars were a general threat to Jerry and his staff in the form of a personal taunt since he was an ex-Marine, a so-called jarhead. Well, it was personal: his granddaughter was poisoned a month ago and, during her brief hospitalization, had a kidney stolen.

“Wait in the ship as planned.”

Then Michelle initiated a call. Jerry appeared and his eyes glinted. “Good work, now I know specifically who these maggots are. Get to your rendezvous.”

Michelle was walking up the ramp when the orderlies shouted and bolted towards her. She elbowed the red button as one of them hurled himself at the ship, clinging onto the raising ramp. She kicked him in the face. She felt good whilst he fell off.

The ramp sealed shut and then she tapped [EMP] on her data-pad. Blue waves rippled from their cases. Lights out.

“Hang on,” the boss grunted in response.

“Not leaving till we waste everyone on the list!” roared Jerry through comms as fifty exo-suits with full-assault load-out poured in.

He was obviously an old-fashioned guy, the type who got satisfaction crossing off dates and people he really didn’t like.

“Waste Management” was the winner of July 2015 Flash Fiction Contest at Aphelion.

Till Death Do Us In (screenplay)